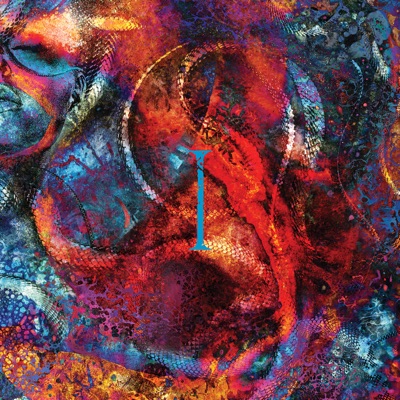 Last month, shortly after the 20th anniversary of Converge’s heavy-music landmark Jane Doe, the world finally learned the identity of the lady on that album cover. Ever since Converge first brought Jane Doe into the world in 2001, that cover art has been a source of fascination. Who was this lady with the statuesque cheekbones and the defiant stare? Was she the subject of the album’s tortured howls? Was she a real person at all?

As with so many things, the answer turned out to be fairly uninteresting. The woman was a model named Audrey Marnay, who’d posed for the cover of the Italian version of Marie Claire in 2001. Converge singer and graphic designer Jacob Bannon had used her image in a cut-and-paste collage. (In a statement, Bannon confirmed that Marnay’s image had been “definitely one of the sources” for the cover and that “the original goal was to create ghost-like forms that embodied the concept of ‘Jane Doe.’”) I liked the cover better when I didn’t know anything about it.

For decades, Converge have thrived on that sort of mystery, and mystery has helped make them into cult heroes. Converge come from hardcore, a musical ethos that holds the musicians on equal footing with the people who come to see them play. And yet Converge themselves always seemed somehow apart from all that — a fog-shrouded unit with unearthly gifts for off-kilter stop-start mayhem and nerve-jangled atmosphere. (It probably also helped that Bannon looked like a neck-tatted pterodactyl.) These days, the members of Converge are middle-aged dad types. They’ve got side projects and side hustles and grown-up lives. But in the right circumstances, they can still come across like wraiths moving in darkness. Their new album steers right into that mystery, to beautiful effect.

Officially, Bloodmoon: I is a Converge album, but it’s really something else. Converge itself has had the same four-man lineup since around the time that Jane Doe hit record stores. On Bloodmoon, though, the band has expanded its ranks to include some prominent collaborators. This isn’t Converge’s first time welcoming help from outside. 2009’s Axe To Fall, for instance, remains my favorite Converge album, and that’s partly because of all the members of the heavy-music world who came in to make that record sound monumental. On Axe To Fall, members of bands like Cave In, Genghis Tron, Neurosis, Blacklisted, and Entombed added layers of heft to an already-dense sound. But Bloodmoon: I isn’t a Converge record with guest appearances. It’s a complete revision of what Converge even is.

Bloodmoon: I has its roots in 2016, when Converge toured Europe and played the Dutch festival Roadburn with an expanded lineup. On that trip, the brought in doom-goth wailer Chelsea Wolfe, Wolfe’s main collaborator Ben Chisholm, and Cave In frontman Stephen Brodsky. As a group, this new version of Converge played new versions of older Converge songs, and they also covered the Cure’s “Disintegration.” These shows were not hardcore shows. Converge have long split themselves between frantic frag-grenade attacks and slow, majestic doom thunder. These sets focused on the latter, and they made these songs slower and more majestic still.